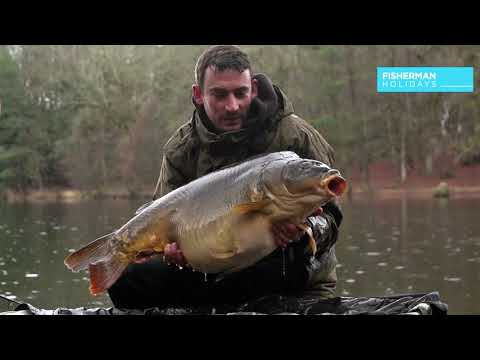 > Step 1: Pick your swims in the calendar

We didn't find any swims in this period

Situated in the small village of Saint-Priest-de-Gimel (19800) in the department of Corrèze (Central France), the carp venue Ruffaud has a total area of 60 hectares, which is about 150 acres. The lake itself is around 62 acres (25 hectares) and is nestled in dense pine woods mixed with oak, beech and other deciduous trees. Ruffaud is the second venue run by the succesful IKTUS management which will guarantee good service and of course... BIG fish!

The Lake & the Swims

Fead by six streams, this 62 acre carp fishing lake has depth that varies between two and six metres. The lake features three arms, a small island and 5km of tree-lined wild margins. A maximum of 10 swims gives space for up to 20 anglers. In-between the swims there is at least 400-500m, so there’s no risk of crossing lines with your fellow anglers. Most of the swims only have access by boat.

The bottom of the lake in mainly sand, with some areas with large boulders. There is some silt in the central part of the lake; favourite habitat of freshwater mussels.

Swim 2 (= B): large Double swim. Max 5m deep. There's plenty of space to bivvy and you can park the car about 30m from this swim. You can leave the car here. A boat isn't necessary to fish this swim, but is recommended if you want to fish the margins on the other side (150m). Swim for 2 or 3 anglers.

Swim 3 (= C): Double island wooded swim. Wooden pontoon in shallow area. Less regular bottom and up to 6m deep with some boulders. This swim has access to the deepest part of the lake. A small wooden bridge connects the island with the woods.

Swim 4 (= D): Swim for 1 or 2 anglers. Great option for 3 or 4 anglers who like to book the whole island. The fishing area is totally different to swim 3 (= C); on the right there's an old dam where the bottom slopes to 5m. On the left hand side there's a wild shallow bay.

Swim 7 (= G): This is the VIP swim; the G-spot. This swim has access to an enormous fishing area including 100m of margins in front of the swim. Gentle slopes with depths ranging from 1m to 4m. Sandy bottom with rocky patches. Featuring its own private beach, this swim is located next to the bar/restaurant. There's a comfortable cabin of around 20m2 - large enough for 2 bedchairs - featuring heating, power & running water, small fridge, cooking hobs. During summer solar energy provides warm water for the outdoor shower. The grassy swim is situated 10m from the cabin. There's a toilet behind the swim. Swim suitable for 2 or 3 carp anglers.
Optional, the anglers can rent one or two studios situated right behind the swim. The 22m2 studios have great lake views; they have a large bedroom with 2 single beds, fridge, hobs, coffee machine and bathroom.

Swim 9 (= I): Large double swim with a wooden pontoon giving the anglers the possibility to fish it from all angles. It’s equipped with a 20m2 Safari tent with 2 rooms, and is a wooden & metal structure only 15m from the banks. Optionally you can rent one of the studios behind swim 7 (= G). Swim suitable for 2 or 3 anglers.

Swim 10 (= J): Connecting the main arm with the northern arm, this swim offers a sandy shallow bottom. The wooden pontoon allows anglers to target the irregular lake bed (1-3m deep), it has boulders on the right-hand side and the drop off where the bottom joins the old river bed. Surrounded by 360° of woods, swim 10 (= J) is a wild swim for a maximum of 2 anglers.

Ruffaud has a healthy stock of strong carp. A large part of its stock consists of wild carp that have never been caught before. The venue has been restocked in several occacions and now counts up to 900 commons and mirrors. At least 3 fish should be well over 30kg. Current lake record is 33kg (73lb).

There are no poisson chat, bream or tench in the lake, only some crayfish. Additionally, the lake won't be stocked with sturgeon, which most of our clients will appreciate.

Addtionally there are BBQ’s, boat & tackle hire (FOX), fridges & freezers, washing machine, charging points, etc. Boat rental is 50€, and you can also rent electric motors for 50€ along with echo sounders at 30€.

1. The angler should bring a valid booking confirmation.
2. It’s allowed to fish 24 hrs per day - catch and release
3. Boats are allowed (only boats rented on site are allowed due to sanitary reasons). Bait boats are allowed.
4. Swimming is allowed if you respect the other anglers.
5. Allowed rigs: “carp friendly” rigs (safety bolt rigs), barbless hooks or hooks with micro barb (max. size 2) and nylon mainline. The hooklink may be stiff or braided, but should allways weaker than the main line.
6. Not Allowed: carp sacs, bent hooks, braided mainline, peanuts. Lead Core is not allowed. Rig tube is allowed.
7. 3 Rods per angler (4rth rod is possible with extra fee on site). Bivvies and tents should be brown or green.
Each angler should have a big landingnet with a min. size of 90 cm and a big unhooking mat (min. 4 cm thick, 60 cm large and 90 cm long), a big weigh sling and Klinic to desinfect the hook wounds.
8. Fishing is only allowed on the booked swims.
9. Please return the fish carefully to the water
10. Marking or steeling fish will be reported immediately to the local Police (Gendarmerie).
11. Alcohol abuse and drugs are not tolerated.
12. Please respect the nature and the tranquillity of the site. Keep clean the sanitary building and the swims. Please separate waste in the designated containers.
13. Dogs are allowed. Open fire is not allowed. Gas cookers and barbecues are allowed.
14. The owner can keep the refundable payment if you don’t respect the regulations
15. Arrival between 14.00h and 18h. Departure between 09.00h and 12:00h.
16. The owner and the bailiff can check the hooklinks at any time.
17. The owner is not responsible for theft, fire, injury or what so ever.
18. Each angler should sign the regulations declaring that he/she accepts them.

PS. In case you are caught marking fish, you will have to deal with French Justice.

Other anglers also looked at these lakes 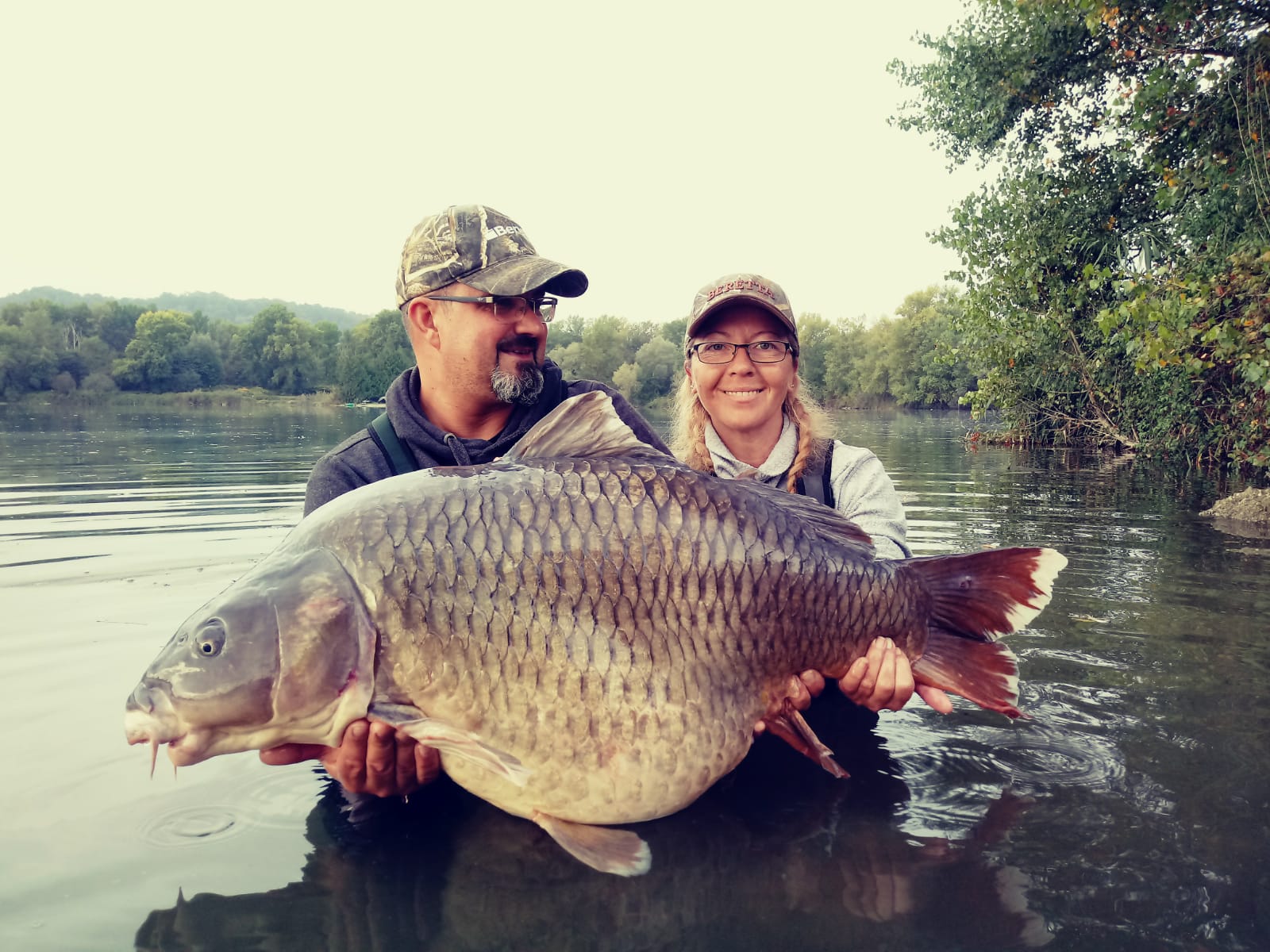 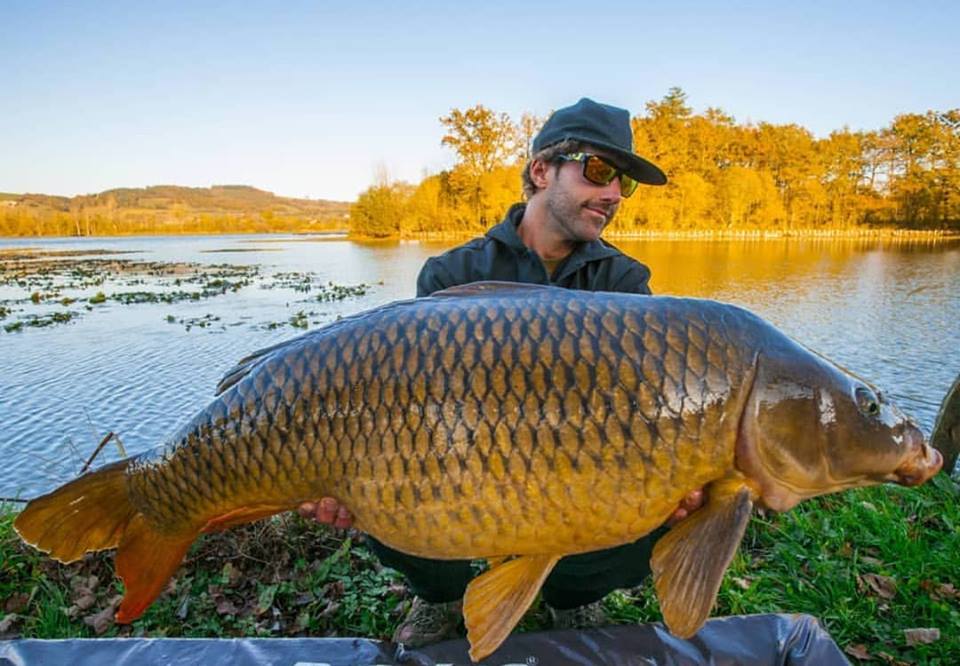 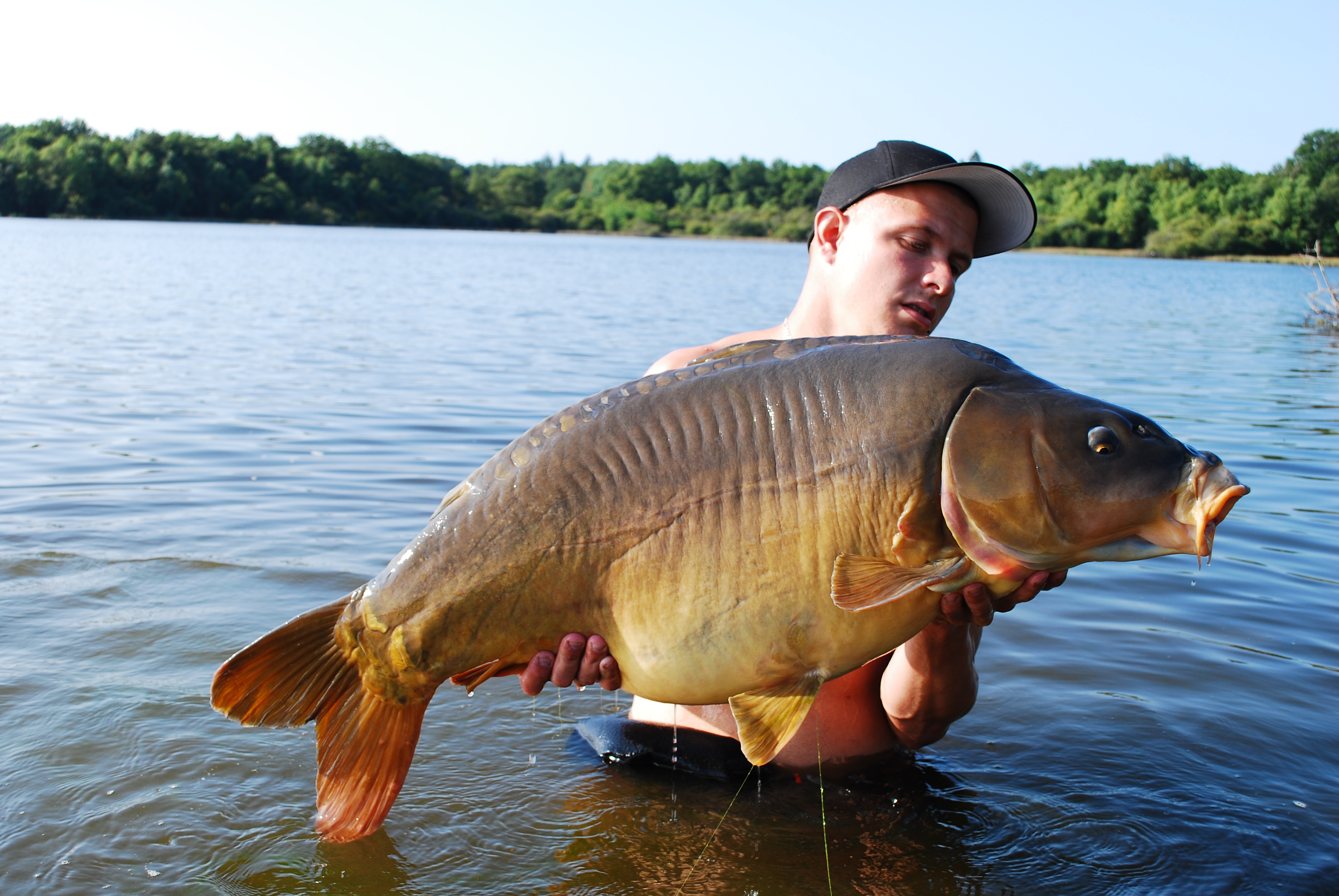